From my reading tonight... 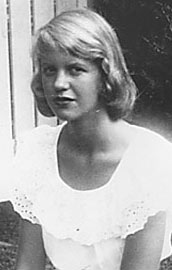 Four babies and a cocker.

Sylvia Plath - Amnesic
Posted by Michael A. Wells at 12:37 AM No comments: Links to this post

Confession Tuesday - Lent and AWP Attended and Not Attending

It's been three published poems, untold new drafts, numerous presidential primary late nights, one vote for Hillary, another step towards normalization of relations with Cuba, too many people and groups insulted by Donald Trump to count, even more Trump lies, and  roughly one month since my last confession.

If you care to join me,.... to the Confessional.

I confess that  while it is Lent, and while I am Catholic, I have hardly been a good Lenten Catholic. That is to say that I have not really zeroed in on the real purpose of Lent this year and I am truly feeling guilty about it. But hey, isn't guilt what we Catholics are all about? I've given up nothing         (unless you count giving up something for Lent). I have not been especially reflective (except to reflect on my failed Lent) though I can say that I have on many occasions tried to approach the season with a smile extended to others and go out of my way at times to be helpful where nothing was expected of me. I suppose that note worthy in my reflection. Perhaps in this remaining period of time till Easter I can make some positive faith directed efforts.

Tonight, as I sat down to do this confession I have a giant headache going on upstairs. I've taken some aspirin in hopes of lessening the pounding going on. I think it may be starting to subside.

About this time a year ago I had come of a trip to AWP15 in Minneapolis. It was my first such trip to the conference and I came home with a mixture of emotion.  I was both tired and energized. I was overwhelmed and overjoyed. I had a great time, I learned a great deal, I met a few people I only knew through social media. I met some of my favorite poets. I missed a few I wanted to see. It was an incredible experience.  I came home with many new books,  I was exposed to journals that were new to me. Collected some cool swag, and great memories.

As much as I would like to go to this years conference (just over a week away) I confess that I will be right here at home. Presently I am starting to feel a let down of sorts; knowing that so much will be going on and I will not be a part of it is not only disappointing but depressing as well. Some people I missed last year are going this year and I won't be able to see them. There will be no neat swag to croon over. None of the kick-ass buttons, And most of all, I will not be able to fret over choosing between 112 panels that I want to see that conflict with others I want to see.

I can half-way joke about some of this today. but I know that as it gets closer to the start of AWP16, and the tweets and Facebook activity starts, it will be impossible to ignore what I am missing.

We all mostly write in a void. For all the negatives associated with Facebook and Twitter (or any social media) they unite us in some context and bring us together as does the AWP conference.  So it will be impossible to ignore what I am missing - even as I am missing it.

Till next time, may the Muse be with you!
Posted by Michael A. Wells at 7:46 PM No comments: Links to this post