Confession Tuesday - Schizophrenia is in Full Bloom this Spring 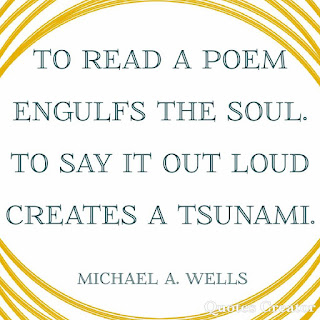 It's been two snowfalls, an injection of cortisone directly into my left knee, 4 wins for the SF Giants and 7 losses, 14 more fucking long days of Trump, an air strike on Syrian targets, a lot of writing, and two weeks since my last confession.  Won't you follow me to the confessional? Come..


The poet community is one less. I confess I did not personally know Sam Hamil, but I knew of him. I knew some of his rugged past that probably had a lot to do with the person he was. I became acquainted with him during the Poets Against the War lead up to U.S. Bombing Iraq.  When I think of Copper Canyon Press I think of Sam. When I think of Sam, I think of Copper Canyon Press. It's that simple. Sam was all about peace. There was a quiet spirit that resided in Sam, but Sam also had the ability to unleash tremendous indignation where appropriate. One thing I don't think I ever saw in Sam was much optimism. His worldview of governments including and perhaps especially our own was highly pessimistic.  War, hate, violence, greed, corruption. These were things that kept his vision from seeing a reason for optimism. But Sam gave is poetry. His gift to us all, are words that will continue to speak to us if only we will listen.

We've had hot days & we've had cold and snowy days. We are deep in a schizophrenic springtime that has no clue what it is. I confess this is trying the patience of everyone I know locally.

What I've been thinking about lately is not the cesspool in Washington D.C. that is the Trump Administration, at least I've not been trying to, but rather poets. That would only be natural since it is April, but I'm contemplating what poets have I read and heard lately that are rocking my world? This is on my mind because June is not that far away and that is when I release my Poets Crush List. A six pack of poets that are wickedly awesome.  No hints. I couldn't if I wanted to as I am still mulling the possibilities.

It has occurred to me that  I need to get out to more events. I confess that  I've sort of slacked off and part of that is because of this ongoing problem with my left knee, but more recently that has just been an easy excuse. I really have not been especially engaged in the community that much since the first of the year. Other than of course the time spent in Tampa for AWP.  There are some reading coming up I need to get on my calendar. I confess that I will try to step up my game and be more involved.

May each of you be touched by at least one poem this week.

Be safe! Be at peace!