Confession Tuesday - The Totality of it All 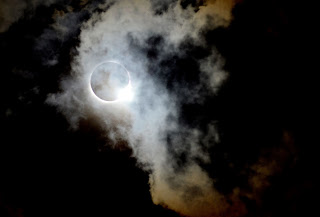 It has been precisely one trip to the butterfly gardens and one total eclipse of the heart - I mean the sun since my last confession.

I confess reader that I don't have a lot to talk about this confession, but what I do have to fall back on are positive confessions.

First, my wife, granddaughter, and niece all did an outing to Powell Gardens for their butterfly garden.  It was my first trip the butterfly portion but I have done other events there in the past. Harper, my granddaughter, had a delightful (albeit hot) time. We all sweltered in the sun and humidity but the event featured in addition to butterflies - a whole host of flowering plants and greenery.  I think we all felt that we would be inundated with butterfly clouds about our heads but this was not the case. There was, however, a good number of them and we or at least I was well pleased with the exhibit.

It was funny because they had a buffer area in the entrance where you walked in and closed a door behind you, then opened another and proceeded into the garden area. Upon leaving we had to stop and turn around to be checked for any butterflies that might be trying to elope with us.  I thought they were going to pat us down and check our pockets too.

This brings me to Monday. The day of goofy glasses. When I left the office in the morning it has been raining. The prospect of seeing any sun, much less the eclipse seemed remote.  As the morning progressed, we would check out the windows from time to time and alas it looked like we might be in business. I confess I had been wildly anticipating this event.

I have always held the moon in high mystical esteem. The sun and moon eclipsing was like two opposites attracting and coming together in a dance. I have indulged the concept of great romanticism associated with this event. I had, in fact, hopped that my wife and I might share the experience together but I confess that was not to be.

The sun goddess looked favorably upon us because the sky mostly cleared and just before totality a stream of clouts momentarily threatened but quickly moved on.  Hazza! A magnificent halo around the moon with a tiny spot that had a starburst creating a wedding ring effect was before our eyes (covered with protective glasses of course).

Now I admit that for days I've had Bonnie Tyler's "Total Eclipse of the Heart" going through my head. I've always been fond of the song but it's looping in my mind this very moment.

Am I any different from this experience? I confess that I believe these two celestial bodies coming together made me feel more in communion with the universe. That's belonging t something really big!

I think the eclipse was meant for the poet that resides in every one of us.  Including the ones that don't know it or would deny it.

Until next time - be safe & Peace!

Posted by Michael A. Wells at 9:30 PM No comments: 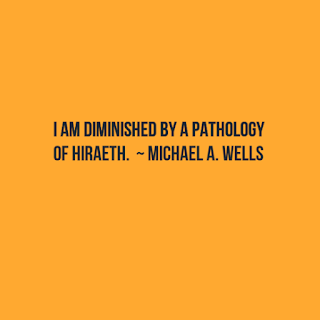