Confession Tuesday - A Word On Thoughts and Prayers 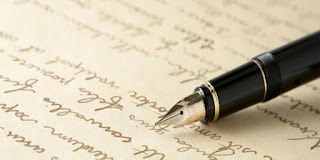 It's been 13 more indictments in the Russia Election Influence investigation by the Special Counsel Robert Mueller, Untold self-injurious tweets by our president,  two more legitimate draft poems and untold musings, mummers, pointless scribbles, one Amazon order, one meeting with my old mentor Ken and an event, and three weeks since my last confession.

You can almost count the passage of time based on your Amazon orders. Well, at least that is true with certain consumable products like our calcium supplement. Not so much books, because they get ordered in spurts.  I'm not sure this is a good thing, but I suppose if I wasn't having it delivered to my door, I'd be driving over town to purchase it.

Time has been skipping along and whistling a happy tune and then, I realize it's only 16 days till AWP. That means I need to get people at work ready to cover my responsibilities. It means I still have to narrow down my schedule for the conference, and at the same time throw myself into a stress frenzy. Oh wait, I confess the stress frenzy has already started. It just seems that time has been flying like a bat out of hell.

The meeting with Ken Waldman came almost as a surprise. We write each other just after the first of the year to catch up with each other. They a week ago I got an email from Ken saying that he signed up to work the Writer 2 Writer booth at AWP at the same time slot I had taken so we could be there together. Then he let me know he was doing an event at a local bookstore if I had time to stop by. I did have time and I did stop by. I confess it was one of those crazy things that came about almost on the spur of the moment. Time always seems full of surprises. Some better than the others.

I finished a Journal I believe I started in September. I confess I'm always excited to get a fresh refill and start again. It's kind of like a cleansing thing. I can step on the floor mat and wipe my feet off before entering the new one. I have untold numbers of journals - I can't quite recall what year I started writing but I know it was before 2000. Maybe this summer I will attempt to arrange them in chronological order.  I still flip through them periodically to get old bits and pieces of writing to bring to the page and try once again to bring some life into them. I confess I don't revisit these as often as I should. Maybe that is something for me to work on this year. After all, how we feel about something we've written sometimes strikes us quite differently a week, six months, three years down the road. This means we can refine it or embellish it to modify where we are going with it.

Lastly, I confess that I am tired of public officials replying to school shootings by saying they are playing for the victims because we all have much more we can do. I'm not against prayer, but if you are not going to offer prayer and commit to taking some positive action to assure efforts to minimize the gun violence will be personally made, your prayers are hollow.

Until next confession, seek joy, be safe & peace!

Posted by Michael A. Wells at 1:30 AM No comments: