My Summer Witting Playlist on Spotify

Coffee or Wine (depending on the time of day)

Michael's Summer 2019 Writing Playliat
Posted by Michael A. Wells at 10:28 PM No comments:

Assimilation of Yoga , Writing, and Life in General 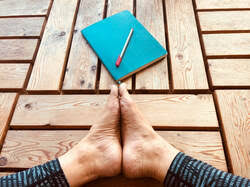 I am trying to achieve some assimilation of yoga into my daily living, and into my writing.

Yoga takes discipline for starters. This is something that would likely help across many areas of my life.

The byproduct contributing to a calming or peaceful presence that allows for a more meditative state of being; where yesterday and tomorrow are pushed aside to make way for being in the present. That is where we can find ourselves, stripped down of the weighted anxieties that we tend to carry.

I'm not able to say that I have my meditative practice perfect. Still, I believe that I am becoming more receptive that inner silence and where that might lead. It seems kind of like nibbling on a cracker when wine tasting. A way to clear the pallet for the next new taste.  In this way, I can be receptive to the experience of new ways of bringing fresh material to the page.
Posted by Michael A. Wells at 5:32 AM No comments: 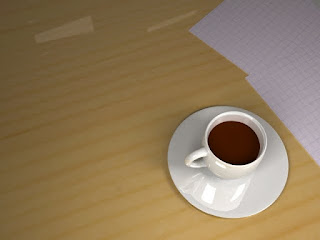 It's Tuesday once again. A weekly occurrence and while my Confession should be weekly as well, I sometimes fail. Hey, I'm human!

On the way into the office this morning I was looking at the sky and reflected on the color variations and thought I should write something about this. But I didn't.  I'm not sure that I had anything remarkable to say about it, but I really didn't try and that is precisely what I want to talk about.

In recent times I have thought about writing, mine at that of others. I've also thought about those who don't as a rule sit and commit ink to a page. I think sometime in the recent past (though I can't pinpoint exactly when or what caused me to think about this, it occurred to me that everyone has a story to tell. I've heard that said before but I never really thought it was meant for me. I always think when you are telling a story that you are making something up - something fictional or you are relating an actual event that you are sharing with others. I don't know why, but I never really accepted the fact that poets had stories to tell.

I think of world travelers with unique experiences having stories to tell. Or, persons who have survived some illness or torture, or with some remarkable life discovery having a story to tell. I think it all boils down to is this a story worthy of being heard? Sometimes I think about memoirs that I have read that had very dysfunctional people in them. I think about what caused me to consider such a story worthy of being told, of being read.  I don't think we always can know what another will be interested in, but if we write, and write with a creative flair that makes what we say interesting.  Sylvia Plath used to say that everything was writable.

What I wonder today, is what stories that are waiting to be told at our southern border? What stories need to be told? Who will step up and fill this need? I confess that I think about this and it troubles me.  [long pause for reflection here]

On another note, One of my orphan poems went out into the world this spring and has found a home. I pleased to share with you this poem that just came out yesterday in the Remington Revied - Summer Edition.

I throw another log on the fire.
I have one left that I am saving—

Alone; I keep practicing.
One day I may get it.

Tolstoy said The strongest of
all warriors are these two—
Time and Patience.

I know if you were here
you would applaud, well done!

And maybe I am better,
but you were kind
and always saw something
fly outside the picture frame.

You had the eyes—
they were plugged into your heart,
a strong heart. A sharing heart
that sometimes would pump
for both of us.


itself. My practice continues.

May you all have a safe and enjoyable week ahead.

Posted by Michael A. Wells at 2:06 PM No comments: