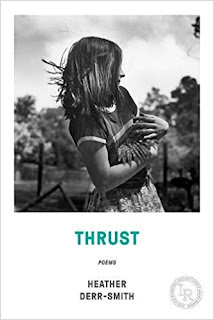 Another week already?  How does that happen?  I'm off to the confessional, come along.

It's been two surreal weeks since my mother passed away, one new released book review, another poetry book ordered, countless poem drafts written, one submission deadline overlooked, a free bottle of Chardonnay and a major pain in the neck since my last confession.

Last week I mentioned how my mother's death was like fake news. Yes, I was there and witnessed the final breaths, but everything since has been surreal. She did not want a funeral, was cremated per her wishes, and so it is like I just walked away from her that evening and that was it. I confess that I remain bothered by the fact that nothing has changed two weeks later. I don't think there has been a real outlet for grief and that seems like it's never going to happen and that feels totally awkward, unnatural, fake. It's like her death is fake news. Unreal.

So, I've got to do better, A submission deadline for some work I've been tinkering with came and went on November 15. I thought I still had plenty of time (which is partly because I still can't believe it is November already) until it hit me today that we've passed that already. The thing that sucks is that this is among my favorite journals and I always try to submit to it each year. Yeah, I don't have to confess that I'm not especially organized at the moment, but I'm definitely trying to get there. I will be making better use of my planner, that's for sure.

It seems the more I write, the fussier I get about my writing. So, I've been writing up a storm and I confess that you could say that I'm not too pleased with the weather.

I got a bottle of 2016 Lamoreaux Landing Chardonnay that one of the bosses brought in the other day. He had been to a wine event and came back with a number of bottles of wine and sent out an email saying they were here for the taking, one per person. When I was able to get away and check it out, there were only two remaining bottles left. One was Chardonnay and the other some red that I would never drink. I confess I am a Chardonnay person so this match was meant to be.  I haven't opened it yet, but I will when I'm relaxing over the holiday. I'll pop the cork, pour a glass, and snack on two Biscoff cookies and pretend I' heading somewhere fun - flying first class.

Evidently, I slept wrong the other night because my neck has been tormenting me daily since. I confess that it cracks and pops so loud it scares me sometimes. That can't be a good thing. I'm just saying.

Until next time, may your week ahead be better than the one that just ended.

*Note - My review of  Thrush by Heather Derr-Smith can be found here.
Posted by Michael A. Wells at 10:22 PM No comments: 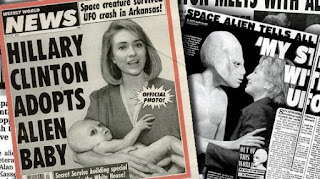 May your week ahead be better than the one you left behind!
Posted by Michael A. Wells at 9:39 PM No comments:

It's been more visits to a hospital and a care facility than I can recall off the top of my head, the death of a family member and two weeks since my last confession.

Come along, let's get started.

I confess that processing much of this is still a matter of digestion.  My mother passed today at about 3:33PM after a very short but fatal fight with cancer.  A small brain tumor was discovered - thought perhaps early, however it was very aggressive.

There are lots of things that are floating through my mind. My relationship with my mother is a complicated one. It seems we are always hearing that about mother-child relationships. Much of the complication in this instance is related to life-long family dynamics. My mother was divorced from my father as I was an infant. I learned in my adolescence that unbeknownst to me, my paternal grandmother had been writing letters addressed to my mother and me.  Through the years she had kept these from me in spite of a desire by me to locate my father's side of the family.

I confess that there developed over the later years of my life some ambivalence towards mom as a result of those lost years of opportunity to connect and finally the difficulty to know how to establish anything close to a normal relationship. I can't say that I didn't love her. Hate was never an emotion associated with her personally, though I did hate that I was prevented by here from establishing earlier contact with the Wells side of my family. This had a circular impact on the family dynamic as it did circle back and cause some feelings of ambivalence at times.

I confess that I am experiencing sadness as an emotion.  I think one the saddest things  I'm feeling right now is that I know one of the things she wanted to do was write a memoir on her days of nursing that went back to the old General Hospital. Mom had written some short fiction - stories, nothing longer.  She often talked about the memoir. My wife even offered at times to assist her while she dictated. She had a laptop, her ability to utilize it seemed challenging to her. I cannot believe she has much if anything started on it.

She was quite proud of graduating from General  Hospital's Nursing School and working at the hospital. I confess that I am sad that she was not able to realize the completion of her memoir.There have to be few things in this world sadder than a writer with a story to tell that goes untold.


PS~ One of the positive experiences of the past few weeks I owe to Maggie Smith.  One evening while she was lucid I read Maggie's book Good Bones to her.  She like the book very much. Would comment on the poems and was especially interested why Maggie was drawn to write so many poems that contained references to hawks.
Posted by Michael A. Wells at 11:30 PM No comments: