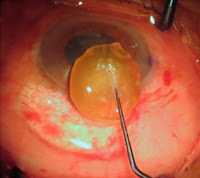 Let's go to the confessional.  It's been one cataract eye surgery,  California burning, the smell of impeachment appears stronger, the World Series is split  3-2 in favor of Astros, Sylvia Plath would have turned 87 if she were still alive, and it has been two weeks since my last confession.

My left eye surgery is done and I've given up a week of yoga at Doctor's request. I thought it would be longer from what other people have told me but I confess a week is still too long.  I am slated to go to Core Balance for a session tomorrow evening.  However, I will be doing the right eye on November 5th, so I will be off the mat another week then.

I confess I don't presently see any major changes in my left eyesight. I'm just saying.

Writing lots the past three days. I believe there are some possibilities from this rough work. I have hope.  Plath reminds me of the importance of writing daily. I confess, she still has power from the grave.

One of the most exciting things that have happened since my last confession is that  I have made contact with a cousin on my father's side of the family.  This is significant because of the lack of Wells family members I have contact with. Grandparents are deceased. My father and uncles on his side of the family are all passed on.  So I was able to make contact with a first cousin, once removed. This is pretty cool as she has helped me with some family history questions.  I am hoping at some point to be able to write an oral history of the Wells family. I confess that I have been feeling like a dying breed.

When I am able to restart yoga after my next eye surgery, It is my intent to do a stint of 30 consecutive days of yoga.

Impeachment of the President is seeming like closer to reality. I don't know if the Senate can muster the guts to do the right thing, but once the case is more in the forefront of the American people, we will see if the Senators will scramble like roaches for the molding.

I read a poem the other days that was not totally new to me, but I think after reading it I felt a newness to it. I realized it closes with a line I had heard as a quote from W.S.Merwin in the past.  The poem is titled, Berryman:

BY W. S. MERWIN
I will tell you what he told me
in the years just after the war
as we then called
the second world war
don't lose your arrogance yet he said
you can do that when you're older
lose it too soon and you may
merely replace it with vanity
just one time he suggested
changing the usual order
of the same words in a line of verse
why point out a thing twice
he suggested I pray to the Muse
get down on my knees and pray
right there in the corner and he
said he meant it literally
it was in the days before the beard
and the drink but he was deep
in tides of his own through which he sailed
chin sideways and head tilted like a tacking sloop
he was far older than the dates allowed for
much older than I was he was in his thirties
he snapped down his nose with an accent
I think he had affected in England
as for publishing he advised me
to paper my wall with rejection slips
his lips and the bones of his long fingers trembled
with the vehemence of his views about poetry
he said the great presence
that permitted everything and transmuted it
in poetry was passion
passion was genius and he praised movement and invention
I had hardly begun to read
I asked how can you ever be sure
that what you write is really
any good at all and he said you can't
you can't you can never be sure
you die without knowing
whether anything you wrote was any good
if you have to be sure don't write

This was shared this month by the Poetry Foundation at this site.

And last but not least, I watched Meg Eden in the Poets in Pajamas
reading series. She was reading poems from her new book coming
out from Press 53, titled Drowning in the Floating World.   The
collection of poems is themed to the nuclear power plant disaster in
Japan. I recommend checking it out.

Until next confession, stay safe - Peace! 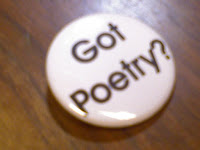 It has been so long since I have indulged in a Confession Tuesday that I am not even going to count up the weeks, it would only inflame any anxiety that may be lurking about.

Here is what's been going on:


Today I am thinking about joy and the role it plays in the day to dryness of life.  Can I find joy in embracing my vulnerability?   Let me close by saying I am thankful for another poet who has encouraged me,  even over fear and so today  In the present, I am claiming joy!

Until next time, may you thrive daily in the present!

Posted by Michael A. Wells at 3:42 PM No comments: