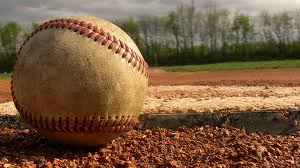 Today was a busy day. Not so much that I was overwhelmed with work, though I had office work I did here at home (we are still not allowed back in our building) but around me was a  fluidity that seemed to engulf the day and made my head spin.  So, it's been 5 days since my last confession. Let's get started.

Rudyard Kipling has come to mind and I'm going to borrow the start of his poem "If." If you can keep your head when all about you the commotion is swirling atomic particles pinballing off your head than you are a better man than I.

So to set the scene, the following converged on us all at once today.  The tree people, Comcast repair and the Sears Repairman for the gas range.  All the trucks and cars out front must have looked something like an operation 100. The tree people were here to deal with many trees damaged during the big January ice and snowstorm and take a bite out of our savings.  The Comcast people showed up to deal with the Cable lines that had been down and across our front yard since the aforementioned storm. As a testimony, I will offer this:  it took two calls to get them out here and during the second call I was told that the ticket from the first call (a month earlier) was closed out without any notion of work done. I said, no lie, they never touched them. The Sears repairman was here to deal with a gas leak in a kitchen range. (I hate gas ranges - I miss the electric range we had in our  home before here) We have been using the microwave and air fryer to coom with while awaiting this appointment. We were anxious to be able to cook something normal, but this is a confession and I need to get to the heart of it.

I confess that in all of this pinball game going on around us, the trees were taken care of. Comcast got it right after the second call. But the stove, I confess remains a problem (insert gritting teeth here).
The serviceman arrived without a meter to check for gas. I tightened a coupling and said there you go and there he went. Still smelling gas we call it into the gas company ( they had red tagged it and left instructions on what needed to be done (which we gave the repairman) Wouldn't you know it his meter went off like a Giger counter at Chernobyl.  So, I don't have very high marks for Sears service.

On the positive side, I have gotten 30 minutes on the treadmill already today. Giants pitchers and catchers report tomorrow for spring training. I swear baseball and poetry are so alike it isn't funny. Note to self - summer writing project on this topic.

I've read two books this week. Arab in Newsland  - by Lena Khalaf  Tuffaha ( this was a re-reading ) and How To Know The Flowers by Jessica Smith  - This book just released. I confess it feels good to read two books in a week and I'm all happy now except I am also hungry and need to go eat which brings me back to the kitchen range. Grrrrr.

Be safe and full of joy.

Posted by Michael A. Wells at 7:36 PM No comments:

Confession Thursday - Water, Water Everywhere, But Don't Drink A Drop Of It

I confess I am late with Confession Tuesday. I confess the picture on the left is just to set the tone for this post.

I confess that to find this picture I googled water break.  What I got was a number of pictures of very pregnant women. It did not occur to me that this is what would pop up. I also confess that this is not one of those pictures related to water bag breaking during pregnancy.

It's been two hellacious ice storms, some reading, some writing a lot of anxiety and even more water since my last confession.

The be more specific, on January 31st a major water break flooded both City Hall and the Jackson County Court House. I can't vouch for the status of City Hall, but the county courthouse has not opened since then and will not be open I am told till February 19th.

One report said there were 10 ft of water that flowed into the basement area damaging many of the operating systems and destroying others.  After a few days of dealing with this, the water was restored, but the pressure blew out pipes on the 7th floor or somewhere thereabouts and for some 12 hours that the building was shut down the water cascaded to floors below.  This leads to more problems and now it looks like we will be out of it till the 19th.

What does this have to do with my past week?  This is where I office. Or did. Now I am working out of my home and traveling to Independence for court hearings instead of riding the elevator to the 9th floor for court.

This has lead to numerous additional logistical problems like the creation of digital files to upload to legal file, having no office phone and having to rely on my personal cell for work calls. As in the case of this morning, I had to take my work and laptop and drive in ice covered roads to the Independence Court House for a 9AM hearing. I confess the fact that most of the city seemed to has stayed home meant the roads were not crowded as there were only a few idiots like myself on them.

One of the things that have to happen before the building is open again for business is an environmental inspection has to be conducted to make certain there is no hazardous contamination. I have been in the building with some of my coworkers to retrieve necessary items for our work. We had to wear hard hats and neon vests. I confess we were quite stylish. The neon was kind of retro.

I have to say, that I have been holding up pretty well given the various nuanced intricacies of my day that have required some degree of creativity to make things function. See, and you didn't think I would get anywhere near art with this did you.

I confess that you don't often think about just how beneficial it can be to think outside the box. I admit I haven't had many drive time sights that carried my mind off into a creative whorl whipping of lines or phrases that would later find their way on to the page. But  I have had to think about how I can do things differently to arrive at the same outcome. I have read articles about large corporations that have put a premium on creative capacity of individuals and I can see why.

One of the other pieces of all this that have hit home is how much it means to be around your co-workers until you have really limited interaction with them.

I am a person that likes my space. My personality is that of an IMFP.  I am supposed to thrive, to recharge, to flourish in solitude. I confess that even being alone with yourself or in this case, myself, can get on your nerves.

I suspect that somewhere in this is a silver lining.  Maybe a poem or two about interactions or challenges, or just damn water, water everywhere. Yes, I have thought of the Rhyme of the Ancient Mariner and wondered who shot the albatross that cause the flooding in the first place.

It's early yet, tonight and I have poetry to write, and court tomorrow.

Until next time, be of good cheer and stay safe.

Posted by Michael A. Wells at 8:26 PM No comments: