Her Poetry is in the Beads 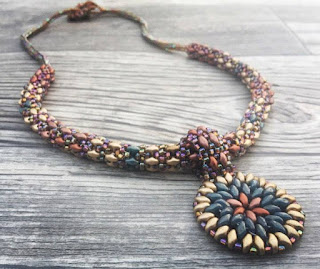 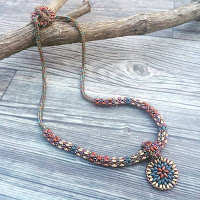 My wife completed her first beading project of the new year.  I'm going to brag a bit about it because I really love the colors and texture of this piece of beadwork. She is very accomplished with her bead art and has done far more challenging projects but this one is so nice because the colors and design are just so pleasing that it is calming just to look at.

One thing that I have always wanted to do is collaborative where she does a piece of bead art - perhaps abstract and I wrote a poem the response to it. We've talked about it - though she is not into abstract as much as I am. Still, one day I think it will happen.

Posted by Michael A. Wells at 10:52 AM No comments: Links to this post 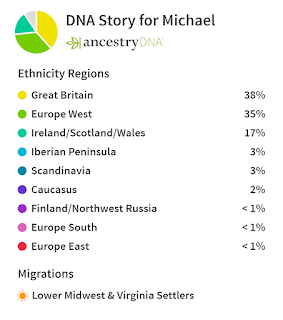 It's another hit of cold and snow, another birthday, $145 (at last count) raised for the Blind Cat Rescue and Sanctuary, three more fricking recorded calls that start out "there is nothing wrong with your credit cards..." WELL DUH! They are all paid off! Lots more reading & writing, my DNA results arriving, and another week since my last confession.


So Monday, the long-awaited, much-anticipated email arrived with the results of my "spit" in a tube.  On the right, you will find the results. I confess I am not majorly surprised. I anticipated the Irish, Scottish, Welsh role in my ancestry would be maybe 20%.  I also anticipated England would figure in...  I was maybe surprised that it was as much as 38%.  Europe West at 35% seemed like a lot, but when you realize that it accounts for all the influence of ancestors from Belgium, France, Germany, Netherlands, Switzerland, Luxembourg, and Liechtenstein, that 35% could be quite splintered up.

The Caucasus would include  Armenia, Azerbaijan, Georgia, Iran, Iraq, Syria and Turkey and the made up 2%.

Europe South - as in Greece and Italy, less than 1%.

The other surprise is the Caucasus leaves me feeling a strange connection to these countries whose history is steeped in war, conflict and sadness.

I confess that I think it is good for people to have a realization about from where they have come. Who their ancestors are, not just parents and grandparents. Would so many people today be up in arms about immigrants if they realized where their roots lead back to?  Would the world seem so big? Would we feel as steadfast in a singular "American" nationality? And unless we have native American roots, American nationality is a bit of a misnomer.

I confess I have been fascinated by this information. I already have a family tree mapped out a bit and have slowly been trying to take it back further, but this information adds a new dimension. It sort of jettisons me back in beyond the individual family trees.

Perhaps another reason this all feels exciting is that I grew up with very little contact with my father and the whole paternal side of my family. This always left me feeling as though I didn't really know who I was. It was like a piece of my identity was missing. As a child, I always felt I was something less than most everyone else.

I am wondering how this information may inform my writing in the future. I confess that I see it as adding some texture to my view of my life, and that can't but help make me a deeper writer.

That's my confession for this week. I hope we all remember we came from someplace, even if it was from under a rock.
Posted by Michael A. Wells at 9:02 PM No comments: Links to this post

Is Marginalia For Me? or Would You Could You In A Book? 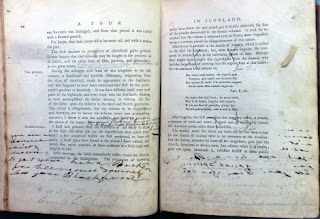 Perhaps I owe my respect for books to my mother. I don't particularly recall as a child, but someone must have given me some foundational basis for an almost reverent veneration of books.
My own children read some of the same books I read as a child, their condition mostly with only normal wear.

Continuing into adulthood, my books receive the utmost care. Nothing more than normal wear will do. It is precisely because of this the concept of marginalia, though seemingly fascinating, is hard for me fit into my routine related to my books.

A good many of my poetry book collection are signed by the author. Those have been the only allowable markings otherwise acceptable. However, on occasion, I have been sort of reawakened to marginalia. Usually, this comes about by reading something that has touched on the subject and again my curiosity is opened; I wonder then if I might be missing something.

It seems the practice dates back to ancient times.  What's more, there are recorded instances of well-known writers who have taken to the practice when reading other people's work. According to an article by William Giraldi, writing in the Los Angeles Review of Books, the author Herman Melville was rather partial to the writings of John Milton. His copies of Paradise Lost and other poems were said to contain numerous personal notations on the pages.

I acknowledge the thought of picking up someone's copy of a book with such notations is quite intriguing. I am fascinated, for example, of the personal writings of other writers.  I believe they give more insight into the thinking of that person. It would only stand to reason I would likewise relish the possibility of reading works with such notations. The conundrum for me is personally moving beyond my hangups and become a marginialest myself. (is that a word?)

I am curious how many poets or avid readers of poetry, or any writing for that matter, make such notations in their books?  Did these people find it difficult at the start?  Are their others, like myself, who have been conflicted on this matter and how have they gotten over it? To this point, I am asking readers if they would mind taking a survey on the subject. You will find it in the top right sidebar.  Your participation is appreciated.  Anyone who feels like sharing more specifics may post in comments or email me directly.  I will keep you posted in the future on my path towards or away from marginalia.

Posted by Michael A. Wells at 3:02 PM No comments: Links to this post

Email ThisBlogThis!Share to TwitterShare to FacebookShare to Pinterest
Labels: marginalia 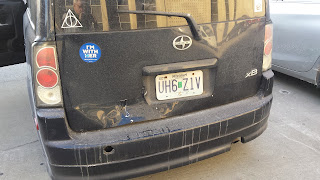 Dear Reader: It's been one car wreck,  two poem drafts, one check-in with my #W2W mentor from last spring, one haircut, and 9 days since my last confession.

Last year was the pits. I'm being kind in this description so some reason I cannot explain. So much negative stuff went down I'm still dealing with it.  That said, I was anxious for the new year to come just to be rid of 2017. So you will find pictured above our baby. The Scion was making a routine drive to work on the 5th when we were rear-ended while stopped at a light.  The gentleman who hit me commented he hoped this did not ruin my day.  Ha! This is going to ruin a lot more days than one.  Alas, no one was hurt - except baby Scion. There is that to be thankful for.  Beyond this, however, I refuse to let this incident suggest that the new year is going to be another crappy one. It's my year and I get to say yea or nay, on the whole, another bad year thing.

I got my plane reservations today for AWP18 in Tampa. It's going to be here sooner than you would think. I confess I've never been to Tampa and I confess I never really wanted to go there. No one asked me, but I wouldn't have put it there this year.

I confess that I am almost intrigued by the letters of poets and other writers as I am their writing work.  I have volumes of collected letters of numerous poets. Off the top of my head, I have T.S. Eliot's, Allen Ginsberg's, Sylvia Plath's Letters home, and I added volume one of Plath's collected letters that just recently came out. Seems like I have another writer's but it is escaping me now.

Correspondence between two writers is fascinating because it is communication that is personal but on perhaps a higher level because these are people who make their whole life about the choice and arrangement of words to convey their thoughts. I wish more poets today exchanged mail. I wish everyone was more into writing. It's a lost art.

It's been 23 days since my DNA sample was mailed off. Still no sign of ancestors. Will they be wearing Kilts or Lederhosen? I confess I was less anxious about it before I started thinking about it again today. One of the poem drafts I wrote recently was about sending off my spit.

I started wondering yesterday how many poets engage in marginalia?  I think I will do a twitter poll on the subject.  I confess my feelings are conflicted. I have quite a few poetry books that are autographed and I think that ads to my desire to keep them especially nice looking.  If you have an opinion,  let's hear it.

Until next time, peace, joy, and the American Dream (whatever that is anymore)
Posted by Michael A. Wells at 1:33 PM No comments: Links to this post 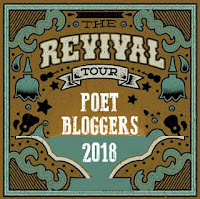 I've been doing this blog for more years than I care to admit. Sometimes with more dedication than others. I have always liked blogs. I prefer them over Facebook and Twitter, though each of them have their own place in this world.

When I realized that others were kicking the dust off their blogs or maybe starting new ones, that there was a renaissance of poetry blogging I was quite hyped. There have been a number of blogs that I have gleaned so much good advise from over the years and I'm excited to know they will once again be offering new material.

You can find a list of those participating  (blogging at least once weekly) at the link below.

I'm looking forward to reading a lot more poetry blogs this year.
Posted by Michael A. Wells at 12:48 PM No comments: Links to this post 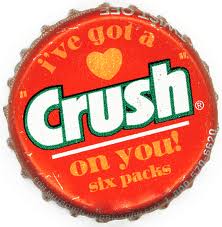