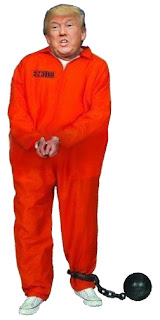 I've entered one poetry contest, sent out 4 poems, all new (meaning they have never been submitted anywhere else before), concluded Module 6 in the Spring Writer 2 Writer program, and there has been a whole lot of shit happening in Washington since my last confession.

Reader, I'm tired. moving does that to you. I'm in cramped quarters and started over putting together a writing studio again. I miss my old one. I miss everything about our home. Contractor is doing stuff there now but it's empty and I confess it looks like it is lonely too. Do you think houses have emotions?

I missed last weeks confession Tuesday because life was happening. A lot of life has been happening lately and it seems to get in the way. Still, I've tried hard to get some focused writing time in over the weekend. Worked on one new poem in particular for many hours over Saturday night and Sunday. I confess that it felt good when I included it in the contest material that I sent out.

I don't enter a lot of contests but this one particular one I've done maybe 3 or 4 times. I think this makes 4. It is sponsored by a Journal that I especially like and it is often featuring  other writers I especially  enjoy reading.

In an email exchange this past week with my mentor Ken Waldman, we talked about  goals, both short term and long term. We have agreed to touch base around the first of January to see how the short term goals are going. I confess that I am really grateful for the opportunity that has been afforded me by AWP in the form of the Writer 2 Writer mentoring program. And as for Ken, I cannot thank him enough.

I hate to take a downward turn now but I confess that I am appalled at the behavior of President Trump.  I confess that  I always had concerns about him being fit for the office but I have to say that his behaviors are embarrassing and he is clueless. His ethics are non existent. He is the most childish person of adult age I have ever seen. He lacks to capacity to be truthful. He has the attention span of flea and has put our nation and democracy at risk in so many ways. He has now obstructed justice and in spite of any finding that collusion with Russia goes as high as him, he is now a candidate for impeachment for trying to derail the investigation by the various law enforcement and national security agencies that are investigating the Russia and Trump campaign connection. I confess that I believe we all will be better off when this man leaves the White House and his many business annexes and enters prison in an orange jumpsuit.

That's it for now... I beg your absolution for going political.
Posted by Michael A. Wells at 6:34 PM