Confession Tuesday - Time Machine to the 80s Edition. Pssst! That's why I am late. 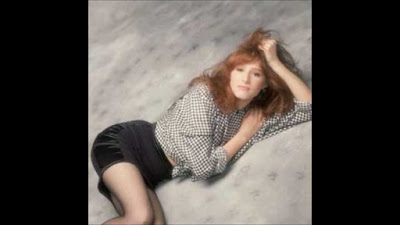 Dear Reader: The Giants have gone 4 and 3, I've had a reading  rescheduled, written, edited, written edited and written some more, BBQ twice, celebrated Cinco de Mayo at home with floutes and flan, did 3 yoga sessions, watched with dismay as the President fucks up everything he touches, and I visited the past - going back 30 years, and 9 days have passed since my last confession.

Follow me - I'm two days late for the confessional.

Reader: I confess that  I love music from my high school days. if you are counting that would be late 60's to early70's. But honestly, that period plus the rest of the 70s, 80s, and 90s produced some kick-ass sounds. Chicago, Air Supply, Three Dog Night, Foreigner, rocked my world. But so did Tiffany and Debbie Gibson in the '80s.  So I got all crazy excited and went to the Mixed-Tape Concert in Kansas City Tuesday night. New Kids on the Block were not my draw but the whole night was entertaining and the two girls, both I believe in their late 40's were awesome. The remake version of "I Think We're Alone Now" is even better than the first. I don't know what it is that makes me feel really good when I visit that time period but maybe it is the antidote for all this bull-shit crap we are going through in this country. I admit I'm all about nostalgia.

Where has this week plus gone? I feel like I've been writing it away. I confess that is not a bad way to pass through a week. I'm getting some more of those abstract urgings in my writing. "Let the poem speak for itself," says the poet. Ha!

My Facebook poet page had added a number of "likes"  in the past two weeks. I'm getting so close to the 100 likes mark. I think I'm either 3 or 4 short the last time I looked.  I know it's just a number but I confess reaching 100 right now seems to be a pretty big thing to me.  Anyway, I hope by next Tuesday I can report I've reached 100.

I need to better organize my writing. As it is presently, I confess it is many files on my computer with less than and rhyme or reason. I guess the rhyme isn't a big deal with me, but the reason is.

I don't  really know who to attribute this to, but it summarizes how I feel~

Some days I wish I could go back in life. Not to change anything, but to feel a few things twice.

That's it for this week folks.  Be safe, play hard, enjoy your life!