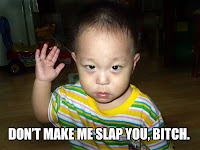 It's been a week since my last confession, but today has seemed like a week. Let's begin...

I realized this morning while in route to work that I had neglected to get my Healthy Choice TV dinner out of the freezer. I decided that I would just have to go out for lunch today and that was that.  It's not really as big a deal as it sounds. I've done it many times, jut not lately. The cafeteria at the Federal Building down the way isn't bad... I mean food wise. I can usually find something to suit me, but not always the healthiest.  Once a pretty reasonable price I confess that I'm less crazy about their prices these days and this is part of the reason I've been trying to bring lunch most of the time these past few weeks.

My morning was pretty busy and I was planning originally not to eat till 1PM (that was before I forgot my lunch) but as it reached the noon hour it occurred to me that if I wait till one o'clock the cafeteria at the Fed Bldg would be shutting down. So about 12:20 as I was getting ready to leave I made the mistake of taking a call rather then letting it go to voice mail.  This call turned out to be important and I remained involved in the call till about 12:45.  Then after a rest room stop (I know, too much detail) I realized there was no point in going to the Federal Building to eat. So I dug out some grapes I had in the refrigerator and that became my lunch.

I confess that I did pretty good for not eating a real lunch. I think in large part to the fact that the rest of my day was even busier then the first half. I confess that my office upon arrival was hotter then hell. I sought some relief from facilities management (they arrived about 4:45PM) and I confess that is was good that I was so busy because I normally get really cranky when it's hot. Keeping busy helped me push through the day without inflicting heat rage upon my co-workers. I turned on a fan I have and it mostly blew hot air around.

My day might not have been quite so tedious if I had not have to keep screwing with disappearing drivers and files on my computer. I confess I was starting to take it personally until I realized this problem was impacting others in our office. By the time I was ready to go home... I confess I WAS READY TO GO HOME.

One the commute traffic on I-70 became backed up due to a wreck. I realized then that impatient Mike was along for the ride. Yes we are closer then you might imagine but I'm not at all proud of him. Hell he even gets impatient with me! So, I'm driving along and I realize the problem up ahead and while Mike is getting upset I rationalize that no matter how bad a day I'm having, I'm pretty sure whoever is in the wreck is having a worse day. I confess this is where I bitch slapped impatient Mike and told him to count his blessings.

Well, I have arrived home. This is good. I getting my confession out of the way early. This too is good. Did I  mention that  on the way home my Chiropractic office called to cancel my appointment for "trigger points" tomorrow evening due to illness?  No worry, I could be the one sick.

Best to everyone!
Posted by Michael A. Wells at 7:19 PM