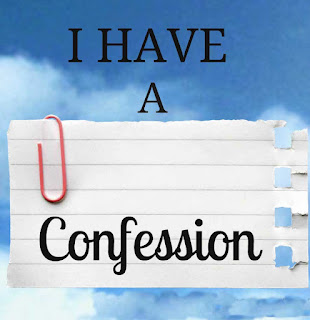 I confess that I thought I was a day late for confession Tuesday. That would be 2 days late.

This morning I arrived at work and settled in for two 9:00 AM hearings. One ended up being withdrawn and by the time we finished the second one, we spent more time than I would have anticipated if we had done both.  It was painfully slow and draining.  As a result, the whole day felt like it was in slow motion.

My sister, Kelly. called me, she has a set of Baseball Tarot Cards for me. I was intrigued because I know some people who have used Tarot cards as writing prompts, or for meditation.

Now that I have these, I confess I am trying to figure out what I am supposed to do with them. Stay Tuned. This saga will continue.

Tuesday's Class was cancelled. I learned this after driving all the way out there. Given the price of gas these days, I confess I was a little miffed. Verry little notice - a 4P.M. email.

I confess that my mood has been on the lower side lately.  I little bit. improved the past couple of days but I've not been swinging on the Joy chandelier of late. I miss the more joyful times and look forward to when I might realize them again.

THE GOOD AND THE. BAD

This week I had a rejection letter and a letter telling me I have a poem that has been long-listed in advance of the submission deadline by a journal.  I have never heard of such a thing before, but given the editor's email, I confess I am happy with what was said about my work.

That's it for now...  Be safe and see you next time